Pregnancy triggers a wide range of changes in a women’s body. The additional weight in the torso has immediate effects such as increased curvature in the lower back and a forward tilt of the pelvis. When a women’s center of gravity is altered, the weight bearing stance also changes. This can cause increased demand on the muscles of the hips, legs and ankles. These changes contribute to the characteristic posture and gait associated with the pregnant women 1. 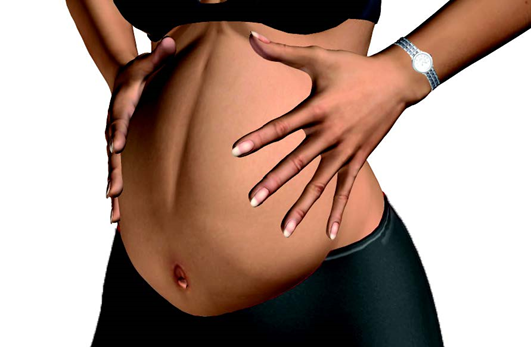 The fact that feet change during pregnancy comes as no surprise to most women. Even if they are pregnant for the first time, most women have heard stories or warnings about increasing shoe sizes, foot pain and swelling. So what are the facts behind these problems and can these problems be helped?

A common complaint – often overlooked – of women during pregnancy is foot pain. Women adjust their pattern of walking during pregnancy to improve stability. This is done to accommodate for obvious shifts in weight distribution and center of gravity, and requires muscles in the hips, pelvis, legs and ankles to work differently.

There are two common changes associated with the foot during pregnancy. The first is an increase in volume or size caused by edema (swelling) and the second is an increase in size caused by a looseness or laxity of the ligaments that support your foot. This ligament laxity is caused by a hormone called relaxin which is the same hormone that is loosening the ligaments of the birth canal and pelvis in preparation for delivery. This hormone is does not target only the birthing ligaments, and has wide ranging effects throughout the body.  The ligaments that hold the 26 bones of your foot can be affected, and as these ligaments loosen the arch of the foot collapses or over-pronates. Since the levels of relaxin are elevated in early pregnancy, these changes can occur over a period of months. Also, common during pregnancy are painful calluses, corns and cracked heels.  These complaints are indicative of the underlying problem of your foot flattening and spreading out while your shoes remain the same size.

Are these changes permanent?

Studies in the Journal of the American Podiatric Medical Association have shown that the changes in the way a woman walks during pregnancy have lasting effects and may not return to normal following birth 2. Some experts feel that the shoe size changes associated with pregnancy are permanent 3.

How is it treated?

Unfortunately for many women, problems associated with their feet are often not ad-dressed adequately. Complaints in the feet, knees and hips are often deemed secondary and dismissed in the hope that the problem will resolve spontaneously after birth 4. This may be because many clinicians are concerned that the treatment protocols for these problems in non-pregnant women are inappropriate and even dangerous in pregnant women. Unfortunately, this can lead to a treatment strategy of benign neglect. 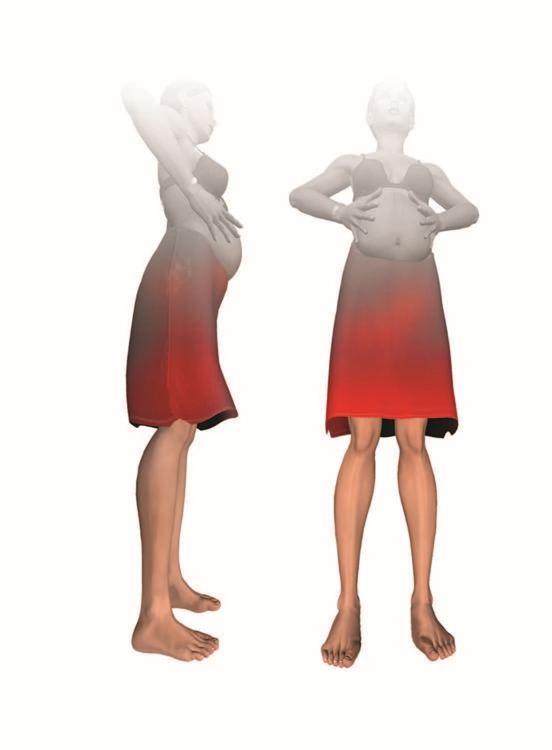 The first step in addressing your foot pain is to remove any potential interference with your changing foot. To help with the swelling, soak your feet in cold water and prop them up to help with drainage.  Buy a few new pairs of roomy comfortable shoes. Be aware that your feet may continue to change with each pregnancy. Avoid the use of shoes with heels as these only accentuate the problems in your foot at a time when it is at its weakest structurally.

During pregnancy, the feet flatten and spread out from side to side and length-wise

The over-pronation associated with pregnancy is best treated with a truly custom, biomechanically correct foot orthotic. In fact, pregnancy provides an opportunity to address foot problems while your foot is malleable and able to adapt to a new position. Using the time while you are pregnant to support your foot in a new corrected position will allow proper functioning and de-creased pain for years to come.

A Sole Supports foot orthotic is calibrated to your weight and foot flexibility, two measures which are crucial to the foot during pregnancy and beyond. A Sole Support orthotic will support your arch more than any other orthotic, effectively raising your arch. This raising will cause a shortening of the foot as it is placed in its optimal position and may actually reduce the need for bigger shoes. Changing your foot posture can also help unwanted postural changes in the knees and lower back. These orthotics are adjustable by your practitioner, allowing the orthotic to be changed as your body changes during pregnancy.

Early preventative treatment with an orthotic is crucial for avoiding the development of other foot problems associated with over-pronation and arch drop such as plantar fasciitis (heel pain), bunion deformities and metatarsalgia (pain around the ball of the foot).

Book appointment through the formula or by call.

Appointments outside usual hours can be made individually.